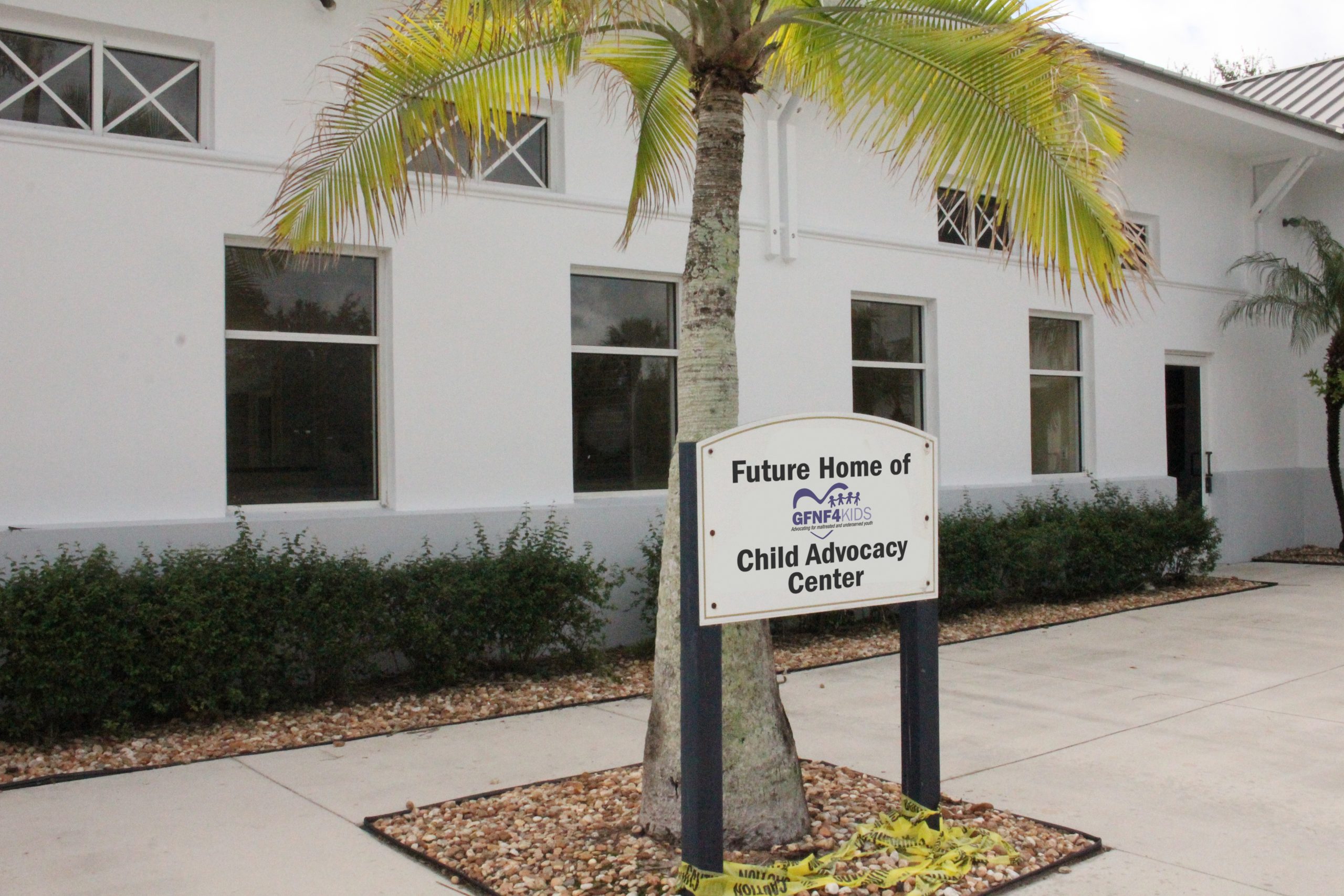 In our Judicial Circuit approximately 3,000 allegations of maltreatment are reported annually and an average of 35 children removed from their homes monthly due to maltreatment.

GFNF4kids is working to create a Child Advocacy Center (CAC) to serve abused and neglected children from St. Lucie, Martin, Indian River and Okeechobee counties which makes up Florida’s 19th Judicial Circuit. Simply, the CAC is one location that will provide all needed resources for a maltreated child – everything from the initial forensic interview, physical exam to mental health resources and more. Our Judicial Circuit is one of three Judicial Circuits in Florida without an advocacy center for maltreated children and most CACs have been in existence since the 1990s.

In addition to reducing the additional trauma experienced by a child, communities with CACs have a much higher prosecution rate and less time with cases lingering in the judicial system. An example of this is Gulf Coast Kids House (GCKH) -their prosecution rate went from approximately 10%-20% to 90% successful prosecution since the advocacy centers creation.

Since launching the project in January 2020 all major stakeholders in child welfare and law enforcement have come together in support of the CAC, are working in collaboration and completed a Memo of Understanding for Uniform Protocol for 19th Judicial Response to Crimes Against Children. Plus, many individuals and companies have already invested their time and talent to help with this project - Richard Tambone, Architect Peter W. Jones, Jeremiah Baron, Remnant Construction and Jason Yarborough, CEO, Baron Real Estate to name just a few – providing their services free.

Senator Gayle Harrell and Representative Dana Trabulsy have been provided details about the need for a CAC and toured the future site. Both are in support of the CAC and funding. We are

GFNF4kids has raised $500,000 since January and requires an additional $500,000 to complete the interior buildout of the CAC plus an additional $580,000 for the first years operations cost. GFNF4kids has secured a 10-year lease with Baron Commerce Center just off I95 in St. Lucie West. This location is central to the entire 19th Judicial Circuit. With additional financial support of community members, local philanthropic foundations, and a Florida Senate Local Funding Initiative, GFNF4kids will be serving children by early Fall 2021.

A major celebration event Saturday, March 6, 2021 from 2:00pm to 4:00pm will kick off the ‘birth’ of the Child Advocacy Center and the beginning of the interior build out. More than 200 individual guests are being invited which will include all major stakeholders in our four (4) counties including all law enforcement and dignitaries plus the celebration will be open to the public. GFNF4kids has more than 4,000 individuals within our e-mail database staying abreast of the CAC’s progress and other initiatives impacting youth.

Since our January launch to create the Child Advocacy Center (CAC) here on the Treasure Coast, GFNF4kids has accomplished the following:

Supporting the unfunded needs of maltreated and underserved youth